How to Patch a Shingle: 5 Easy Steps 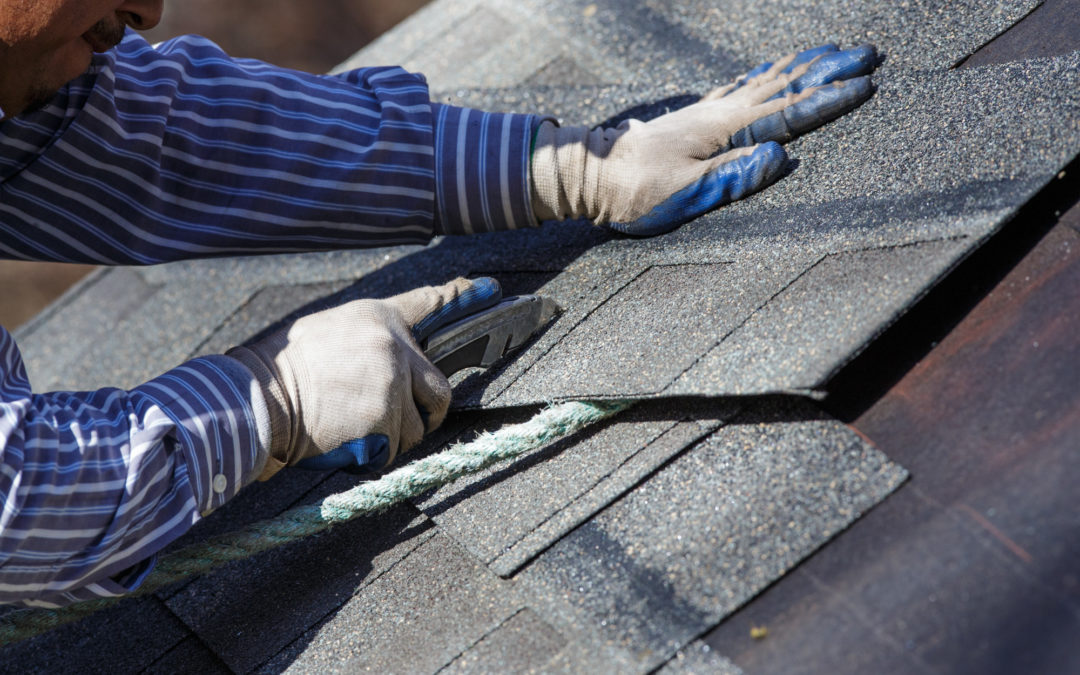 American homeowners will spend an average of $150-3,000 when they have to fix their roof.

The roof is one of the most important components of the house. It’s what protects us from rain, snow, and any other elements. When something goes wrong with your roof, you’ll want to make it a priority to fix it.

What if only one shingle is damaged? Well, luckily you can fix the individual shingle without redoing your entire roof!

To learn how to patch a shingle, keep reading!

How to Patch a Shingle

If one shingle on your roof has broken, you can fix that without removing the surrounding shingles.

This involves removing the shingle, repairing any damage underneath it, and then replacing it.

Before you can patch a single, you’ll need to remove the original shingle.

To remove the shingle, insert a pry bar underneath the shingle to break the seal on it. Slowly start to pull up the shingle, exposing the nails holding it in place. It’s important to be careful not to crack the shingle because if you do, that shingle will need to be thrown away.

Once the shingle has been loosened, remove the nails underneath it.

If there’s a hole in the wood, you’ll need to patch that before you can replace the shingle.

To patch the wood, you’ll want to cut out a small piece of wood. If there’s extra space above the wood, cut out another patch to put on it. Then, dry-fit the patch.

Once you’ve decided that the patch will fit, use liquid nail and deck screws to attach the patch.

Once the area is able to safely support the weight of a person, you’ll want to apply tar paper.

The type of tar paper you should use will depend on the type of roof that you have as well as where the patched area is. Place the tar paper in a way that won’t allow any water to run through it. Overlap the tar paper if necessary.

Before you can finish off your patchwork, you’ll need to find the best shingle for the job.

Check to see if you have any extras that are in good condition lying around first. If not, grab a pack that is as close to the ones you have as possible.

5. Putting the Shingle Back On

When it’s time to put the shingle back on, the process will be pretty easy.

After all, you’ve already done all the hard stuff! Place some nails under the tab by following the manufacturer’s instructions. After that, you’re done!

If there’s a problem with just one shingle, you have the ability to fix that yourself.

You can patch a shingle to avoid any further damage to your roof if you know what the job entails.

If you have other problems that are too big for you to fix, reach out to us for help with all your roofing needs!